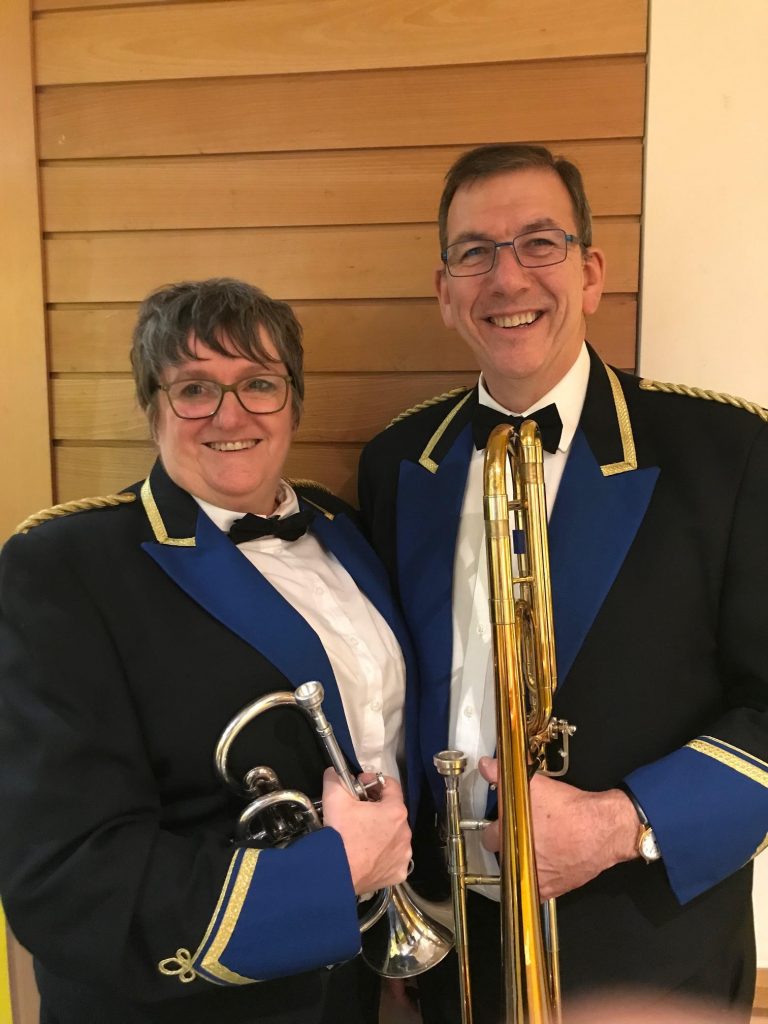 Josie Dawson looks back over a long and happy friendship

Like everyone else, the residents of Saddleworth have all been staying at home and social distancing. For most of us, life has completely transformed since lockdown began on 24th March. We used to rush off to work on a Monday morning and brave the rush hour. Now we sit at our screens and work from home, it’s all very strange. In fact, that is exactly what I am doing now.

Our social lives have changed too and many of us have had to curtail certain activities we took for granted. For our musical team members, this has been very hard. Musicians including Brass Bands all over the world, have ceased their regular weekly rehearsals. I know our Managing Director and Kippax Band Music Director hasn’t been to a band practice since mid-March.  Sheryl said he is getting a little tetchy as a result.

Like our James, some bands are using technology to help them continue making music together. Our good friends in Uppermill Band are no exception, as they’ve put together a wonderful tribute to key workers from the comfort of their own homes. Thanks to the wonders of modern technology they have created this fabulous rendition of ‘Under the Boardwalk’. It was arranged by Philip Harper and features our good friend John Whittle on FlugelHorn. The whole thing was  conducted by Dean Redfern (I’ve no idea how!)

Uppermill band and Allegro Optical go back a long way. MD Stephen is old friends with band Chairman John Ward and Trombonist Jeremy Lewis was our 1000th customer back in July 2018, you can see the article below. The story actually made it into the newspapers. Jeremy’s wife Lesley, recommended Allegro Optical to Jeremy after she had visited us for some marching glasses, they have been firm friends ever since. 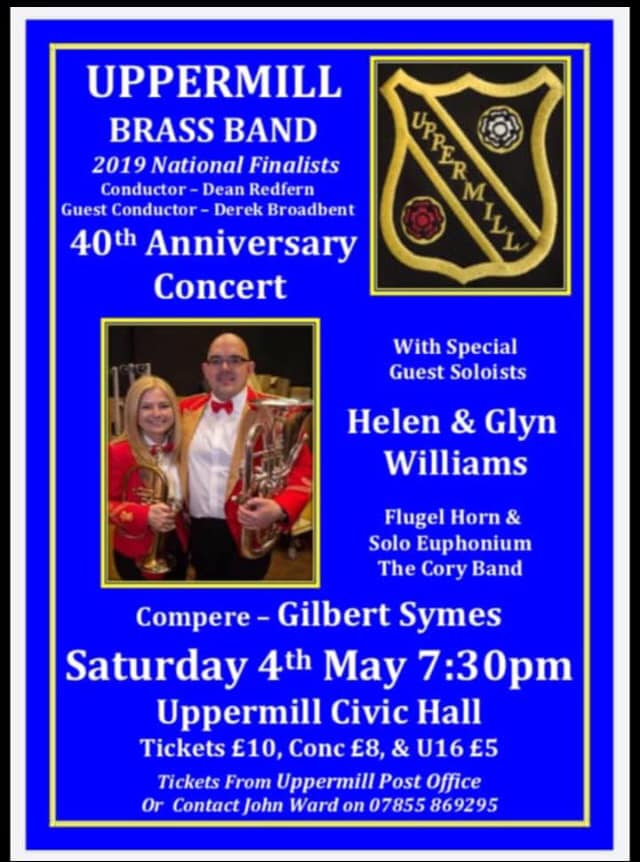 Some members of our team were there at Uppermill Bands’s 40th-anniversary concert which featured guest stars, Helen and Glyn Williams, also good friends of Allegro Optical. They were even able to help when one of the band’s players had a spectacle disaster onstage. In 2019 Uppermill band and MD Stephen Tighe’s band Kippax shared a hotel when they both played at the National Brass Band Championships. A good time was had by all and Uppermill band did exceptionally well and won the third section competition. The band has already secured promotion to the second section and the win was the icing on the cake.

Our James caught up with the band again at the North West Area Championships in Blackpool in March when they achieved a clean sweep of the Second section prizes. Uppermill band bass players Neil Bartel, David Mansfield, Howard Taylor and Andrew Jordan scooped the prize for best bass section; for the third consecutive year the Uppermill Band percussion section, Jenny Ward, Graham Gillespie, Katie and Andrew Woodward, were awarded the best percussion section.  Soprano Cornet player Mark Wears was awarded the best Soprano in the section and the Band as a whole had won the North West Area Second Section and would be invited to compete in the National Finals in Cheltenham in September. We will have to wait to see if that goes ahead or is postponed due to the Coronavirus. 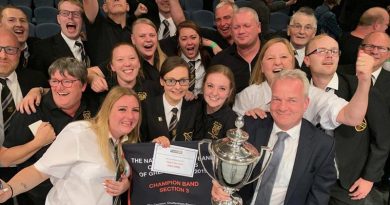 We are delighted to share this video and support Uppermill Band in all their endeavours. Fingers crossed that we will be able to join them for their post-contest concert in September. We also hope that Steve, Sheryl and the team will get to catch up with them at the National finals. 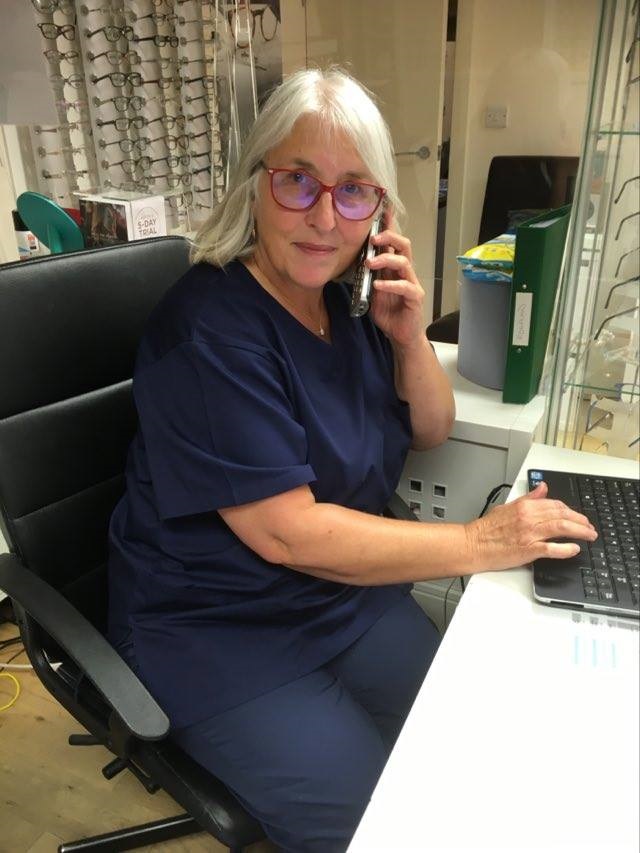 How my life has changed in lock-down 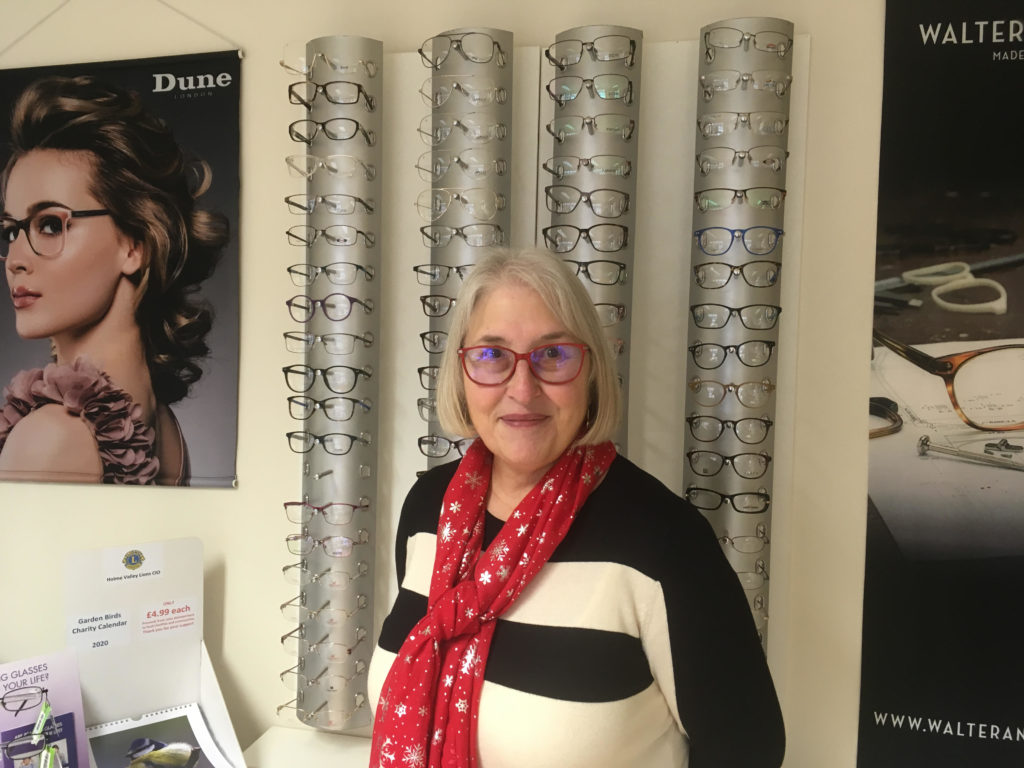 Well here we are entering week seven of lock-down and for many of us, life has changed completely. My daily routine has changed beyond all recognition as has my working environment. I now work mostly from home on admin and involves processing invoices and payments. Although I have been into the practices to receive PPE deliveries and deliveries of essential equipment for when we re-open. I’ve been there for tradesmen and engineers who have been installing new equipment and additional electrical sockets.

Although we’re not providing eye tests currently, we are working towards it. The guidelines surrounding our future re-opening means that we have had to buy and install a lot of new equipment. From the installation of sneeze and cough guard screens and the fitting of ozone generators. From the new UV sanitisers and performing a deep clean, I’m keeping very busy.

A change of image

The two practices have changed in appearance as our beautifully upholstered chairs have been replaced by easy-clean seating. We have had a complete redesign to allow for social distancing. This will ensure that no one has to be within 2 metres of each other. We just need to find somewhere for the thank you cards now! 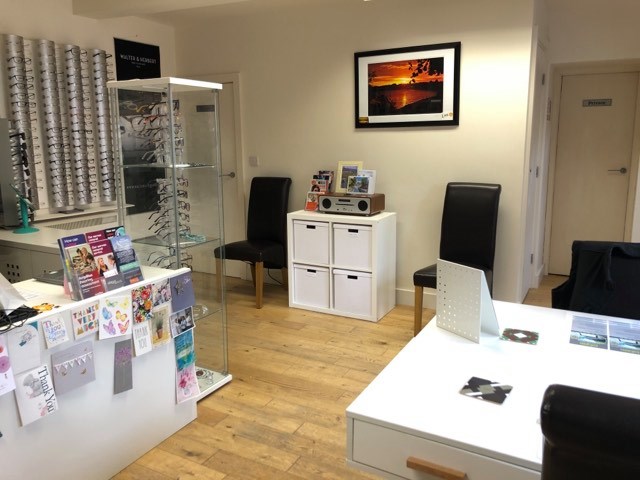 The appearance of the team will change also, once we return to work. All client-facing team members will change into scrubs as soon as they arrive in practice to prevent the risk of infection. This is to ensure that our staff and clients stay as safe as possible. Our Optometrists will also wear surgical gowns when seeing clients and due to a lack of supply, I have been busy making those. I love sewing so have been more than happy to help in this time of need.

Things are changing in the test rooms too. We have installed breath protectors on the slit lamps and screens around some of the test equipment. We’ve also rearranged the rooms to minimise the time spent in an enclosed area. We have also arranged for all our test rooms to have ozone generators fitted. The ozone generators are being used to thoroughly sanitize and kill COVID-19, other viruses, and bacteria throughout the eye examination. In addition to the thorough cleaning and sanitising of the consultation room the Ozone Generators quietly produce ozone which kills bacteria and viruses. When pollutants meet ozone, oxidation reactions occur destroying any infection risk. 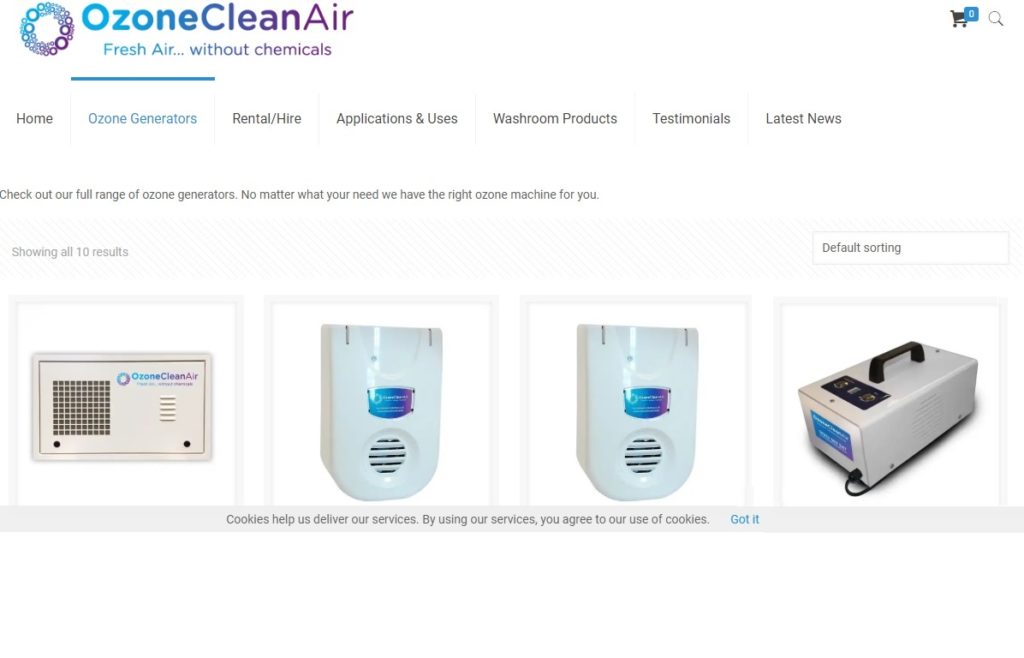 Changes in the test room

Our optometrists all prefer to use a trial frame when testing a clients vision, as they are much more accurate than the Japanese 3-metre remote control lens selector systems, otherwise known as phoropter heads. Even though the phoropter heads allow our optometrists to maintain appropriate distancing when performing refraction, the results are rarely as accurate. The elderly and children often struggle to use them and our musicians cannot get their instruments behind them. For this reason, we have decided to continue using the trial frames. Sheryl and Steve have purchased a frame steriliser for both Greenfield and Meltham, which takes about 5 minutes to sterilise the trial frames and lenses. The advantage of these is that we will also be able to sterilise all the display frames after our clients have tried them on.

Things have certainly changed within the last few months, not just at work, but in the supermarket and at home. One thing is for sure though, we will adapt. You can rest assured that all of us at Allegro Optical will always put the safety of our clients and staff first. We can’t wait to welcome all our clients, colleagues and future customers back once the restrictions are lifted.