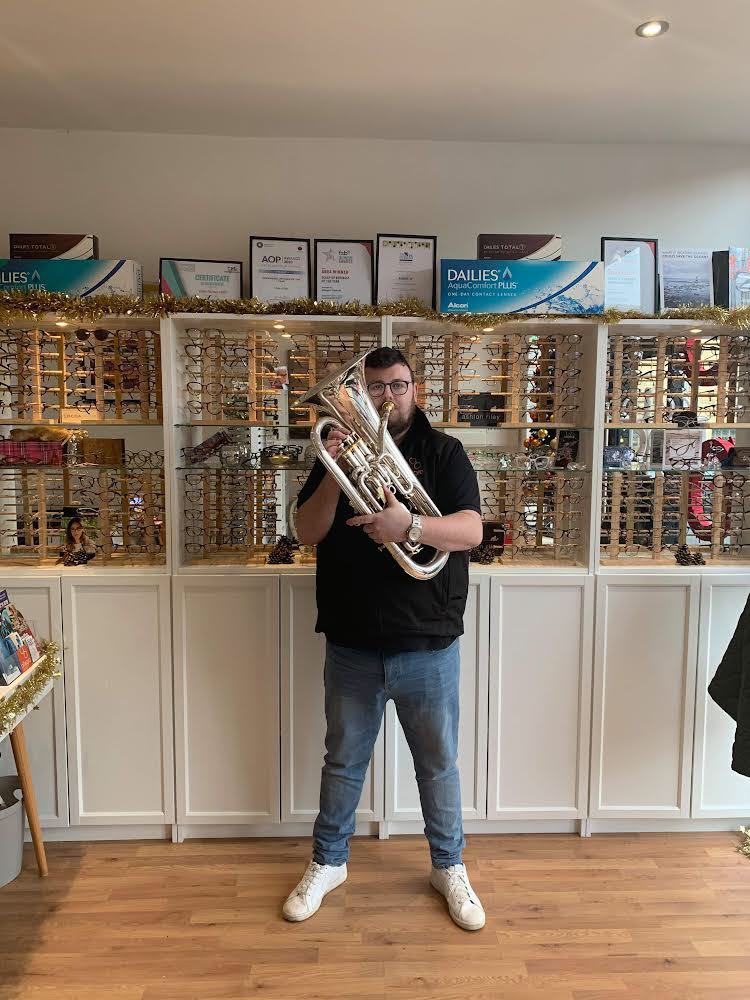 As a child, I wanted to play the trombone. As Diggle’s training band had none spare, I was given a baritone to learn. I enjoyed learning the valves and picked them up very quickly and thoroughly enjoyed myself. After moving up to Diggle ‘B’ Band, it soon became apparent that I needed a bigger instrument. A tenor horn player once complained to the conductor that I was too loud and it was hurting her ears! I was given a Euphonium at the next rehearsal. As the parts were much more interesting, and I had a chance to show off much more on the instrument, I quickly fell in love with it.

Competition, or more specifically winning, is what I enjoy most about playing in a brass band. I am lucky enough to have won many many contests with Oldham Band (Lees). I have had some of the happiest and most memorable days of my life participating in brass band contests. Aside from competing, I enjoy being part of a band that makes a big, full sound from top to bottom. 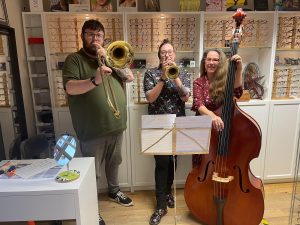 Glasses and how I #SeeTheMusic

Although I wear single vision glasses, I have worn contact lenses in the past. Fortunately, I am young and lucky enough to only require a single vision correction. I started wearing glasses around age 16. Since my first eye test at 16, I gradually became more short sighted, however, my eyesight appears to have stabilised.

During a period of 10 to 12 years, my poor vision affected how I played as my vision changed. Every year, I found that I had to change my glasses because I could not read the music clearly and was having difficulty with semiquavers, accidentals, and notations. 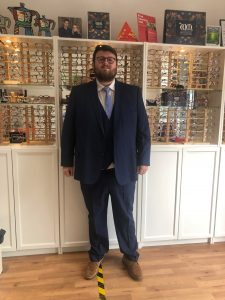 Fortunately, I never needed anything out of the ordinary since I have just a simple correction. In spite of mentioning that I was a musician who was struggling to read my music, I was never offered any special tests or measurements by any of my previous opticians. Musicians have different optical needs than others, which I was unaware of.  It makes sense now! I have no problem reading music now that I have Allegro Optical glasses, no matter how small or dirty the sheet music may be.

The importance of prolonging playing careers

The importance of eye-care for performers cannot be overstated. It is every bit as important as hearing care, which I believe orchestras around the world fund, or at least in the UK. If a musician cannot see the music, then how can they perform and read it? It sounds so obvious but eye-care is fundamental in performing arts. Musicians will always need to read music, see conductors, see their instruments, see their colleagues, and potentially even see their audiences. Without being able to see, many musicians and performers will find themselves contemplating retirement. In fact, so many have probably already retired needlessly because of this issue when Allegro Optical has been here all this time waiting to help them.

Working for Allegro Optical is so rewarding as a musician myself. I have often seen fellow musicians who have struggled on for years with run of the mill opticians, who have been unable to fully understand their problems or how to correct them. Seeing the difference we make to people’s lives and being able to help enhance and extend their careers is such a rewarding experience.