According to a Dutch study

Neil Parkin, Principal Baritone player for Cockerton Prize Silver Band in Darlington, and one of the organisers of the Dr Martin’s Wainstone’s Cup Competition*, was experiencing difficulty viewing the music on his music stand. As a spectacle-wearing musician, Neil is not unusual. A longtime wearer of varifocals, he was becoming increasingly frustrated during band practice. Neil was struggling to see his conductor and music. 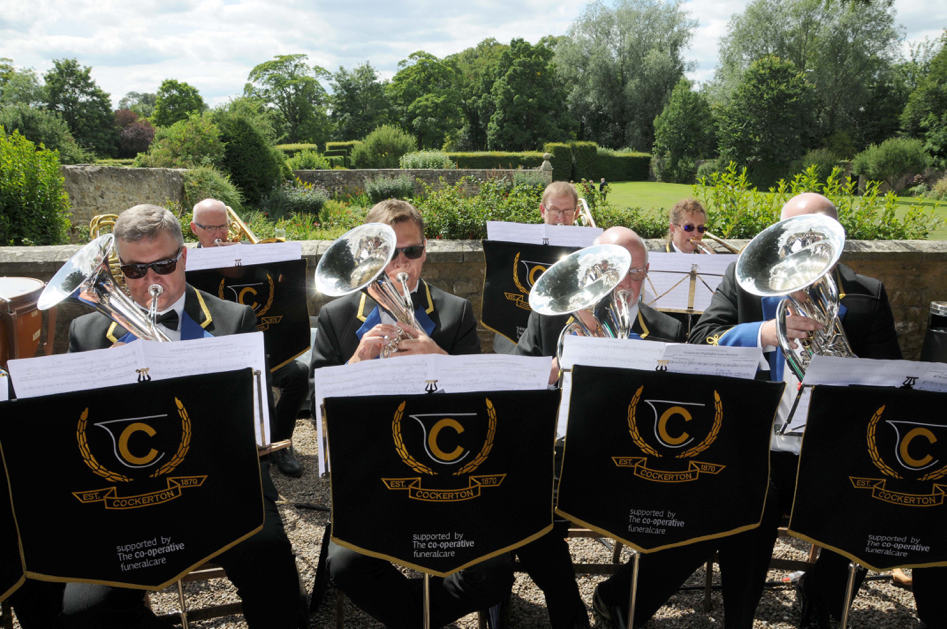 The team at the musicians’ optician, Allegro Optical, are fully aware of the many challenges performers with refractive errors can face. Naturals and sharps are the first problems to present themselves, then accidentals and dynamics follow suit. The spectacle-wearing musicians’ patience is tested by less-than-perfectly printed music under poor lighting.

A magazine article by Cory Band Flugelhorn soloist, Helen Williams, addressed all of Neil’s problems. Helen described her own journey to find a workable solution to her vision difficulties. Having been frustrated after visiting a well-known high street optician, Helen became acquainted with Allegro Optical at the 2018 North West Area Brass Band Championships. Visiting their Meltham shortly after. Helen  has been a staunch supporter ever since. Shortly after reading the article, the UK was placed under lockdown, and group music making was impossible.

Fast forward 18 months and Neil was able to make the drive from Darlington to Meltham. Arriving with his instrument and with some ‘less than perfect’ sheet music Neil was ready for his performers’ eye examination. 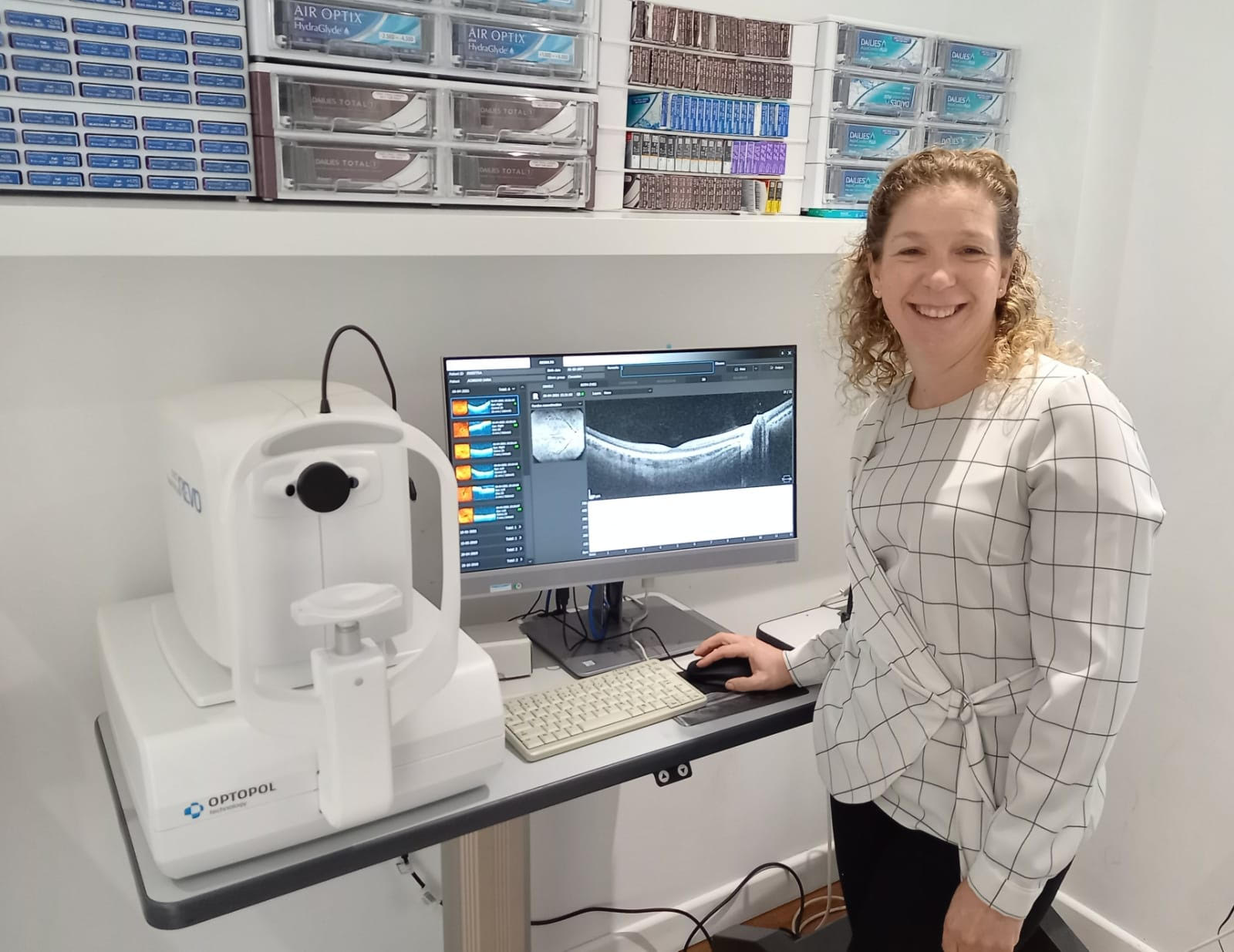 The information above was used by Sara to calculate the correct prescription for Neil to see the music on the stand and his conductor clearly. Following his examination Dispensing Optician, Sheryl Doe worked with Neil to design the perfect lens correction, even though his baritone horn blocked 55% of his right eye’s vision.

Music through a lens

Certain instruments of the ensemble can be difficult for dispensing opticians. Often instruments partially block performers’ views of the conductor and other ensemble members.

Sheryl dispensed Neil with Allegro Optical’s unique Performers OV lenses, suitable for musicians who play smaller instruments that partially obscure their vision. The lenses compensate for the field loss the instruments cause while balancing the musicians’ vision.

Evatik frames are composed of lightweight materials such as acetate, stainless steel, and titanium. Neil selected two EVATIK E9178 frames in blue and bronze. A semi-rimless supra design gives Neil the benefit of having a clear view to the very edge of his lenses.

Neil picked up his new glasses a few weeks later and was pleased with how clear they were. Neil brought his instrument to his collection appointment so that he could check his vision with the glasses. In testing his vision with some sheet music, Neil managed to see all key signatures, accidentals, and dynamics without any trouble, even some fading notation was evident.

Several weeks later, we contacted Neil to see how his new glasses were doing. Neil replied:  “I couldn’t be happier with my new music glasses. It is lovely to freely glance from music to conductor without any issues caused by changes in focus. Semi quavers and notations are once again clear and as a result, my sight-reading has improved.

“I was very impressed with Allegro Optical’s attention to detail to ensure my glasses suited my individual requirements. By closely observing me whilst playing my baritone, Allegro Optical were able to determine the exact position in the lens for the different focal points, even taking into account my head movement while breathing.

“I would recommend Allegro Optical to any musician who is struggling with their vision”.

Why do musicians visit Allegro Optical?

The musicians’ optician is gaining an international reputation. Both for professional excellence and an inventive approach to meeting customer needs.

Over the last three years, the team has been honoured with eight national and regional awards. The business has won a number of awards, including New Arts & Entertainment Business of the Year 2019; Dispensing Optician of the Year 2019; and two years running Most Trusted Family Run Eye Care Clinic for SME News West Yorkshire. 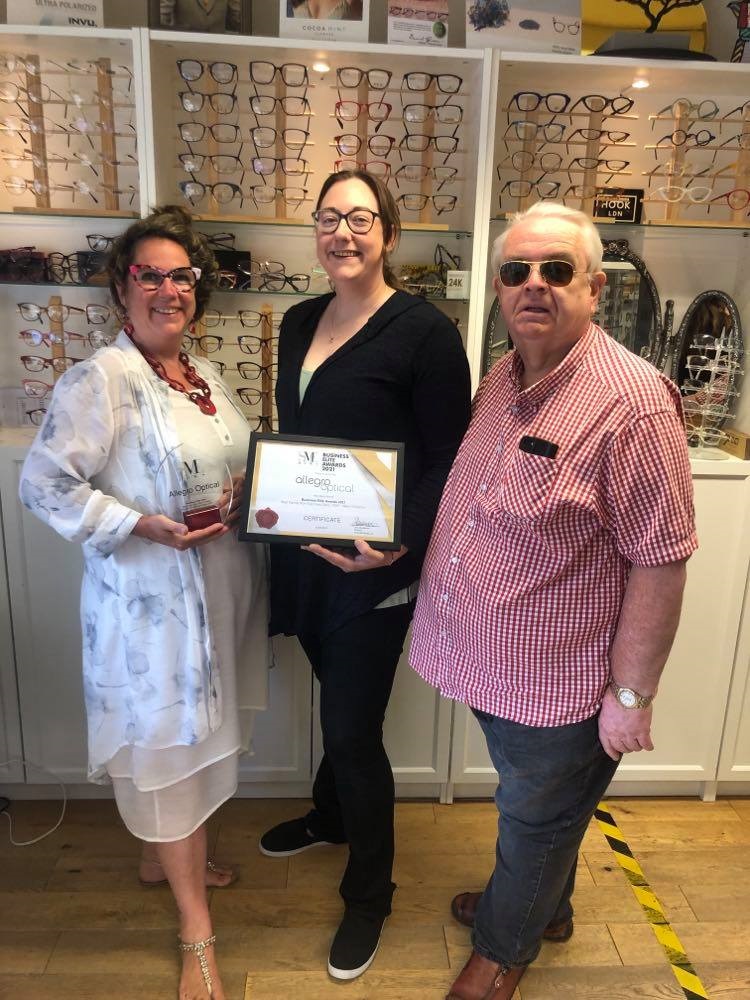 *The Dr Martin Contest is an annual, world-class, brass band competition for championship section bands, which takes place in September at the Princess Alexander Auditorium, Yarm School in Stockton on Tees