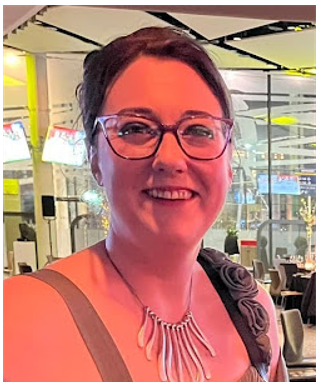 Christmas is a time to spend with our loved ones, and New Year is generally a time for reflection and resolutions. For The Allegro Optical family New Year 2021/22 was no different. We took the opportunity to refurbish both our practices. It was a real family affair with everyone getting stuck in. 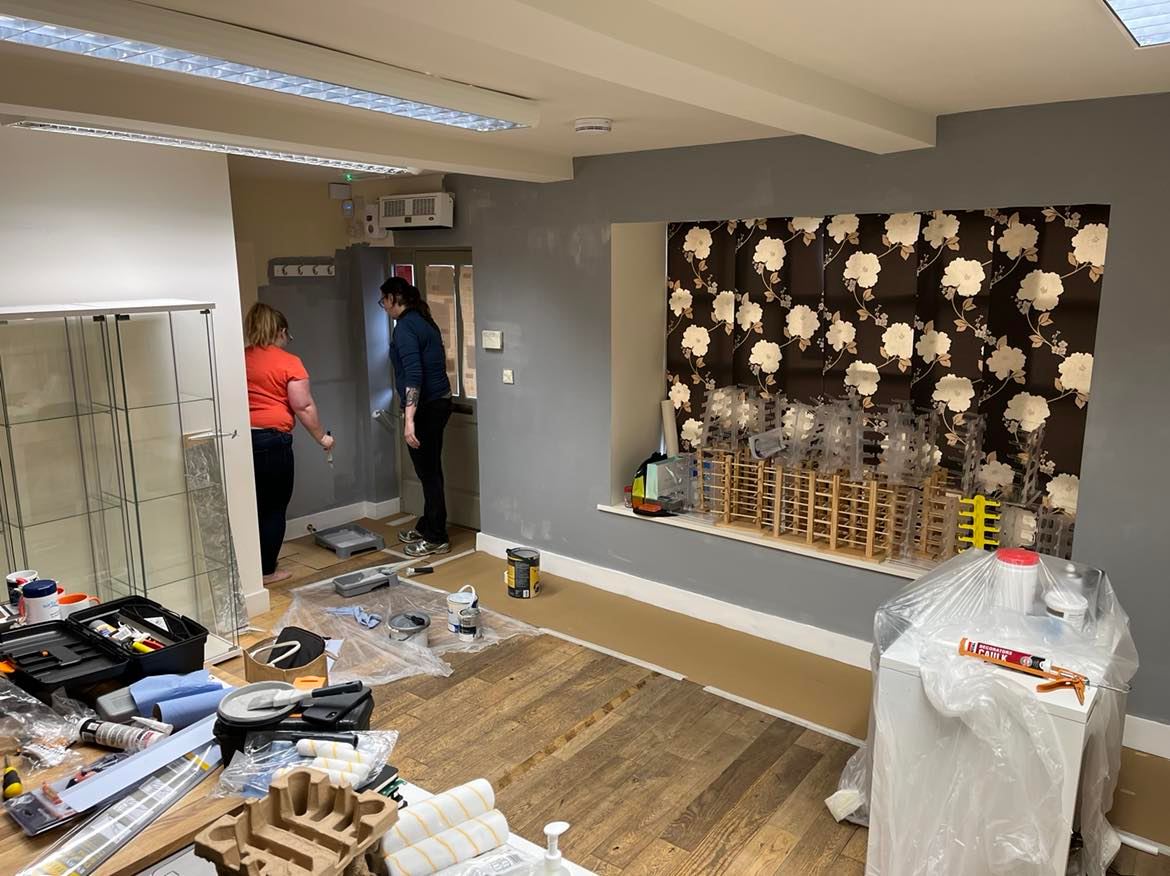 Helen dealt with getting all the equipment wired back in, Stephen showed off his wallpapering skills. Zac, who turned out to be a dab hand at DIY, installed our new units. Both Myself and Sheryl (Mum) painted the practices. Even our youngest family members got involved with Matthew and Finley playing the piano to accompany us as we worked. We were joined by Dispensing Optician Kim who, as it turns out, is a bit of a whizz at edging. 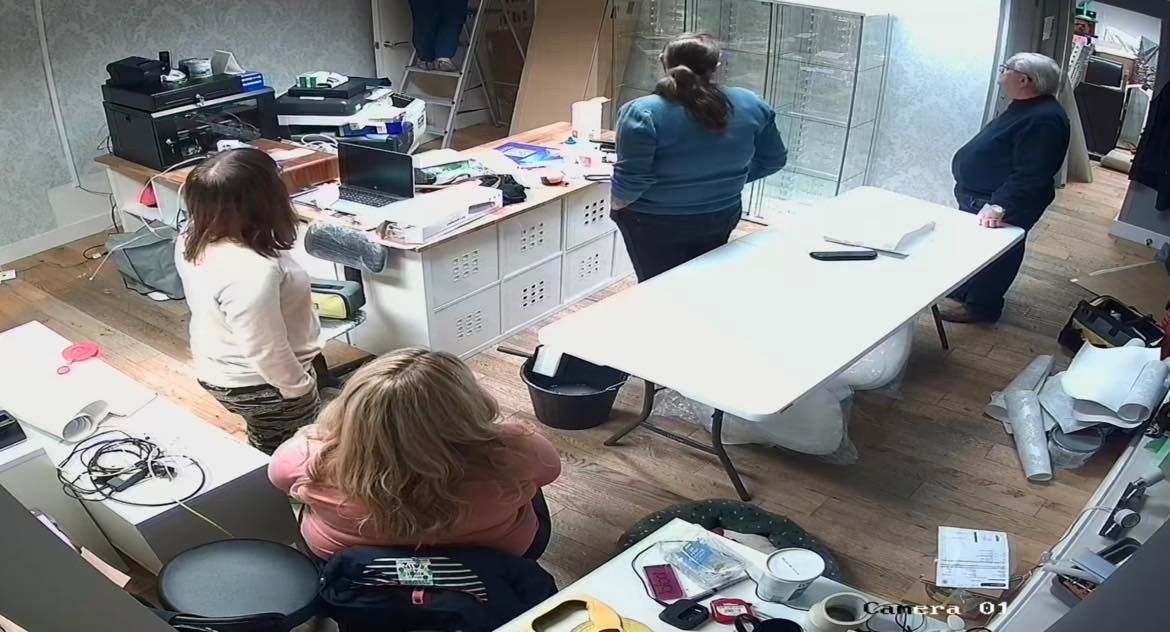 At times this refurbishment felt like an overwhelming task to attempt and accomplish within a week. However, we all pulled together and each and every day I was amazed at the fruits of our labour. With us all working together it didn’t feel so daunting and we accomplished so much in such a short amount of time.

Looking at both Greenfield and Meltham, the preparation, planning and work has all been worth it. I am incredibly proud of what we achieved.  We all love the warmth and family feel of each practice. I feel that the practices look both modern and homely, with a warm inviting atmosphere that is only enhanced by the members of staff in each practice. 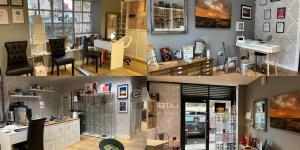 We have always strived to deliver excellence in our eyecare services. Not only do we use all the latest equipment such as OCT, which takes a 3D scan of the eyes, but we also offer more specialist services such as colorimetry which allows us to test for visual stress, and Eyewear Styling to help our clients find the perfect pair of spectacles. 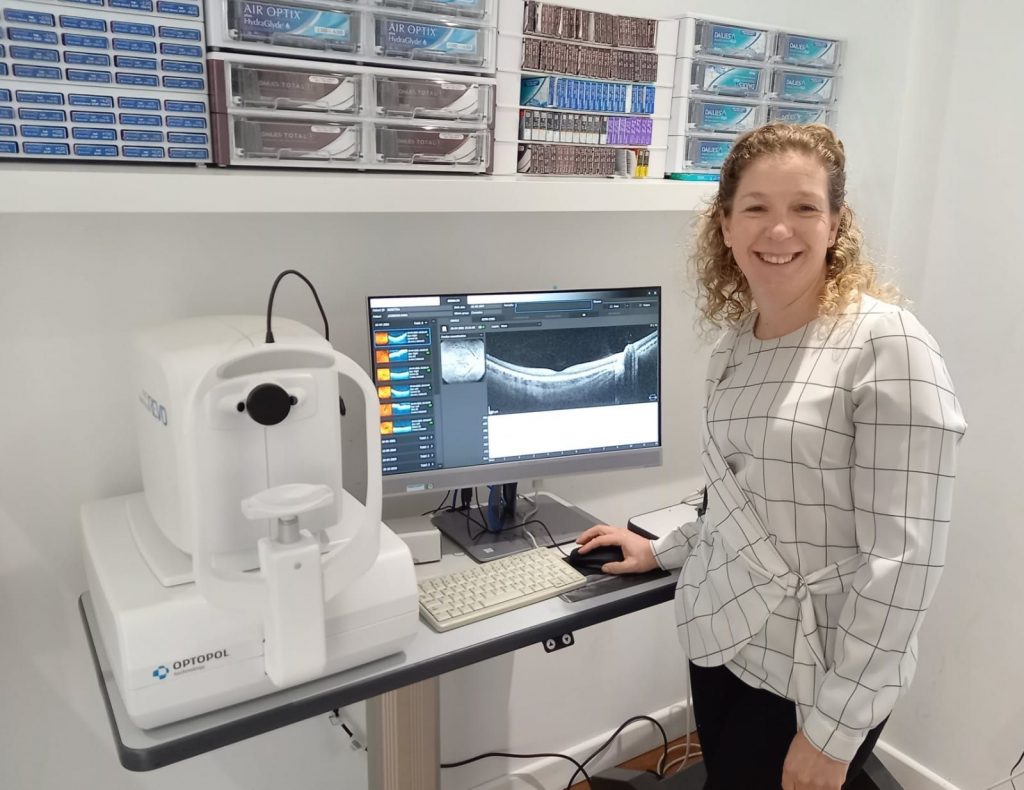 In July this year the BBC and many national newspapers reported how,  “A simple eye test carried out by opticians could help predict who is at risk of developing dementia, a study suggests.”*

The articles in the papers talked of a new report that explored the link between retinal thickness and mental functions such as memory. During the research  30,000 UK adults, aged 40 to 69 were studied. The people with the thinnest retinas were 11% more likely to fail a series of memory tests and reasoning assessments.

As early as 2016 researchers at Moorfield eye hospital were looking into the link between retinal thickness and poor memory⍡.  Participants in the study completed a series of memory test, during which their reaction times and reasonings were recorded. The results of the tests were compared to measurements taken using optical coherence tomography scans (OCT) which records the thickness of the retina. 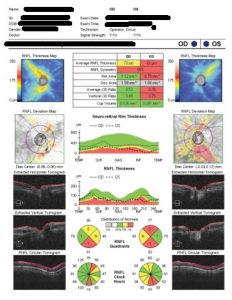 The study found a significant association between a thinning of the retina and poor cognition skills. The retina was found to be thinner among participants who had an abnormal result to at least one of the memory tests. The retina also appeared one-micrometre thinner for each additional memory test failed.

The Moorfields team suggest the latest findings could lead to people being screened for dementia as part of an individual’s regular eye check-up.

Dr Clare Walton, Research manager at the Alzheimer’s Society, said: “Changes in the brain associated with dementia can begin several years before any memory symptoms appear. This research suggests that some of these changes happen in the retina of the eye too, which could give us a relatively easy, non-invasive way to spot them early. Eye tests are fairly common for older people, so there is great potential to incorporate additional tests into their regular check-up. These tests could help to identify people at risk of dementia who would benefit from further investigation but will not become a primary way to diagnosis the condition.”

At Allegro Optical Opticians we have a brand new 3D optical coherence tomography (OCT)  which we use to literally see through the retina. Allowing us to assess the health of the tissue around the eye and to measure the thickness of all the retinal layers. While screening for dementia is still very much in its infancy our 3D OCT Scanner can show signs of many other conditions such as; 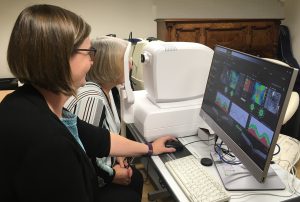 Who can the 3D OCT eye scanner help?

The 3D OCT is an advanced eye scan for people of all ages. Similar to an MRI or CAT or ultrasound scan for the eyes, it uses light rather than sound waves.  Illustrating the different layers that make up the back of the eye. The major benefit of this amazing state of the art machine is that it allows our optometrists to see through the back of your eye. Creating a three-dimensional image literary looking beneath the surface of the regular retinal image.

Never before, has it been easier to find out the exact state and location of a particular eye condition.

Our 3D OCT scans are available to everyone and it takes just a few seconds.  It is completely non-invasive and non-contact. There are no sudden flashes of light and certainly no puffs of air. If our optometrists see any areas of your eye that appear unusual they can then be measured with the OCT. These areas can either be monitored over time with additional scans and at a later date. Or we will refer for further investigation. All of these scans can be lined up with the original and compared to see if any changes have occurred over time.

Allegro Optical is the only opticians in Meltham to have a 3D OCT scanner By performing 3D OCT eye scans we are able to identify any potential problems at a much sooner, allowing for better treatment options and a better visual outcome. Our appointment times are longer than most so you can trust us with your eye care. Call 01484 907090 and book your thorough eye examination today. Allegro Optical is a registered Dementia Friendly business. 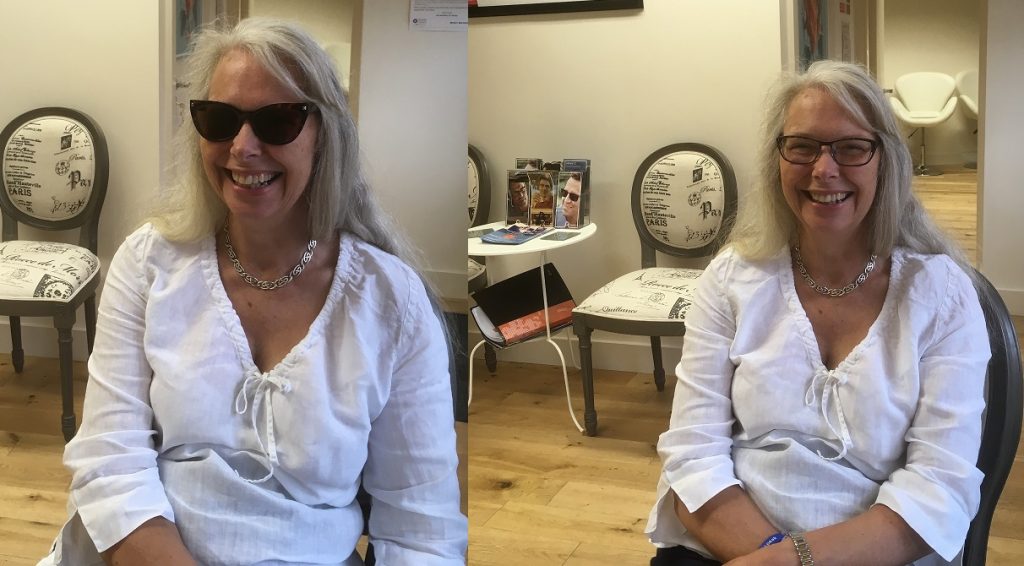 Allegro has another new friend from Harrogate Phil’

Viola player Gillian Charters from Knaresborough came to Allegro Optical through our connections with the Harrogate Philharmonic Orchestra. Harrogate Phil’ is a semi-professional chamber orchestra based in North Yorkshire. We have helped a number of string players within the orchestra and they recommended us to Gillian.

Gillian is a myopic long-term varifocal wearer, but she was finding the middle distance area of her current lenses very restrictive. Particularly at the distance of her music stand. Gillian was wearing a very good varifocal lens design by Zeiss, a well-respected lens manufacturer. Unfortunately, the lenses still didn’t provide a wide enough field of view at the required distances.

Many orchestral musicians often share a music stand and are required to read the music from one side. When wearing varifocal lenses this becomes challenging, as they are set up and designed to give clear vision while looking straight ahead. Violinists and viola players present particular dispensing challenges, as they play with their instrument under their chin and their head slightly to one side.

An occupational lens design could have corrected her vision for playing. But she would have been unable to drive in them, so that was out of the question. We dispensed Gillian with our adapted progressive lens design with a much wider field than that offered by her current lenses. The new lens design gives her a wide central field and much clearer vision to her left and right. The lens design maintains good distance vision and her reading area is wider than in her previous lenses.

We took into account Gillians head and playing position and the offset position of the music stand allowing her to play with ease.

Clarity in Music and vision

Gillian collected her new glasses and sunglasses and was thrilled. She commented on how wide her field of view was in the new lenses.

Gillian said “It was such a joy to come to an optician that understood my needs as a viola player. As an amateur musician, I have enough things to bring along to rehearsals – without remembering additional glasses!  I can now use the same glasses for playing as for driving, work, gardening, yoga and canvassing!.”

An optician faces many challenges when dispensing a Musician. Both regarding their working distances and their seating and head position. By asking pertinent questions and with a certain amount of knowledge of the playing set up, we can resolve these issues. Allegro Optical is a specialist optician and is very familiar with correcting musicians vision at all distances. Thanks to our unique approach and cutting edge lens designs we can produce individual solutions to suit their needs, which are not available elsewhere.

We approach the vision problems from the musician’s perspective and we have built up a considerable following as a result. At Allegro Optical we are very passionate about the complex visual needs of musicians and presenters. We can provide a range of tailor-made solutions using specialist technology for those affected by reduced visual clarity.

Our clients are wide ranging, from professional classical musicians to keen amateur musicians from all genres. We also help those who have taken up a new instrument later in life.