No one can say every day is the same at Allegro Optical. There is always something new going on. We had a very interesting day in late February as we have had a TV crew filming the business and interviewing some of the staff and customers on camera. 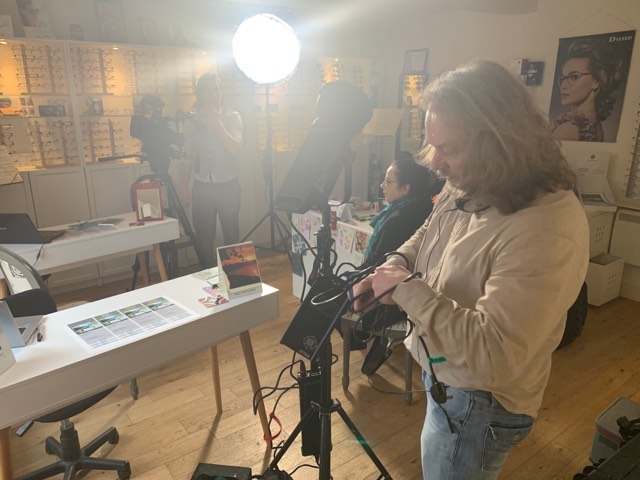 The film cameras visited the “musicians’ optician” as part of the Healthy Performer project by the Royal College of Music.  The initiative focuses on the health and wellbeing of performers. As part of the project, the college is producing a series of videos that will provide performers with health advice tailored to the needs of professional musicians, actors and dancers.

As part of the project, the Royal College of Music has commissioned Twenty-five short films. The films feature specialist healthcare and medical professionals talking about their area of expertise. As part of the Healthy Conservatoires Network, the films will provide practical advice to help performers recognise symptoms and give preventative advice or discuss treatments available for common conditions.

We are honoured and proud to be invited to take part in the project, which is supported by BAPAM. Each film in the Healthy Performers Project will include relevant links and follow-on resources provided by BAPAM and other health organisations. The overall goal of the films is to stimulate action, change behaviour and encourage engagement amongst performers.

Stephen Hanks and Chris Davies of Tantrwm Digital Media, were really friendly and made us all feel at ease. They took a great deal of footage of us all being interviewed and filmed the team in action. It turned out we had quite a lot of common ground to cover. In a previous life, Chris worked as an optical lab technician before he diversified into digital media. 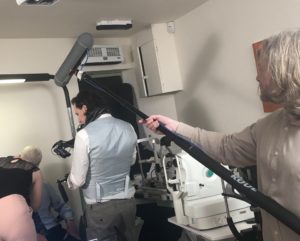 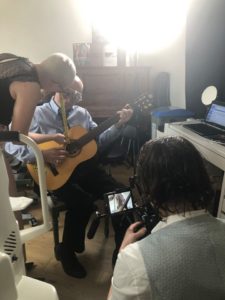 We would like to say a huge thank you to our customers and friends Violinist and organist Jane Collins and Blues Guitarist Derek Charnley, AKA Diamond Dac, who came along to help with the filming. Optometrist Amy Ogden was interviewed about her role and those eye conditions which can affect a performer’s career. Conditions such as;

The film also touches on what can be done to maintain good eye health. From simple steps such as having regular eye tests and eating fish rich in omega-3 fatty acids to help reduce the risk of developing macular degeneration. To supplement the diet with eye vitamins and eating dark coloured vegetables high in Lutein. Finally discussing wearing sunglasses to protect the eyes from harmful UV exposure.

Following Amy’s interview, Stephen chatted to our co-founder and Dispensing Optician Sheryl about the unique range of lenses. They also talked about Allegro Optical’s cutting edge dispensing techniques and how their approach has helped many performers. 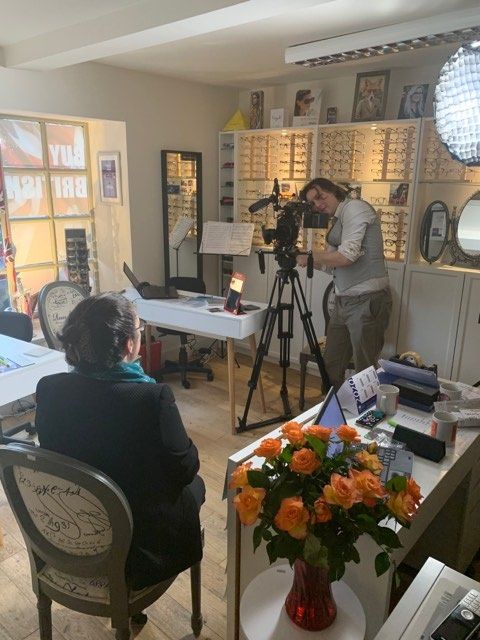 Taking part in the film will allow us to inform performing arts professionals about our specialism in performing arts eyecare. Deteriorating eyesight need not mean that a performer should feel that their career is under threat. Neither should they fear being pushed into retirement. With the correct treatment or vision correction, there is no reason why a performer cannot carry on pursuing the vocation they love.

Now known internationally as the ‘Musician’s Opticians’ we are attracting many clients from across Europe and further afield. Our groundbreaking work with performers, players and conductors have resulted in Allegro Optical becoming the first and only opticians to gain registration with the British Association for Performing Arts Medicine (BAPAM).

We treat each client as an individual because they are. It is true that no two musicians are the same, so why should their vision correction be? We enjoy creating unique lenses to meet a musician’s particular needs. As musicians ourselves we can ask the right questions and interpret the answers accordingly.

We’ve been pretty successful in helping performers to #SeeTheMusic. In fact, in the last twelve months alone amazingly we have scooped no less than five national and regional awards for our work in this field. These awards include the National ‘Best New Arts & Entertainment Business of the Year at a gala event in London. Managing Director Sheryl Doe was awarded the 2019 Dispensing Optician of the Year and she was a finalist in the AOP Dispensing Optician of the year 2020.  Allegro Optical’s cutting edge approach to dispensing and their musical experience has led to the team being shortlisted for the prestigious Opticians Awards, Optical Assistant team of the year 2020 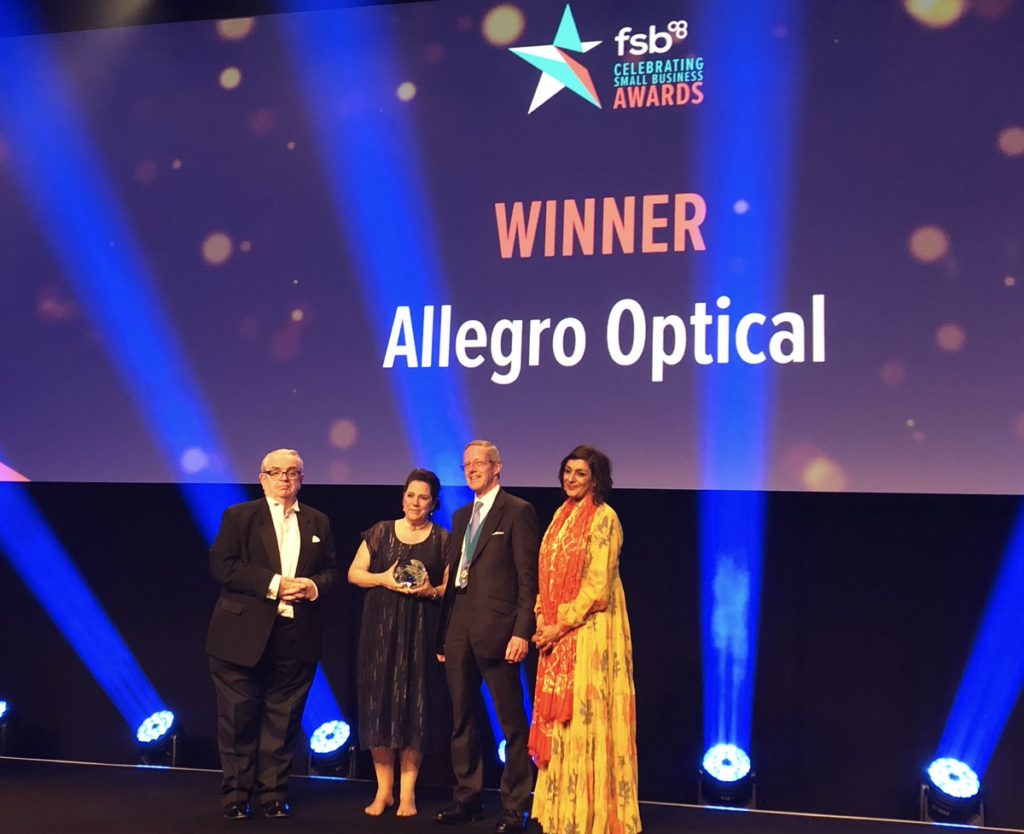 During March 2019, Allegro Optical was awarded the Scale-Up Business of the Year, at the regional finals of the Federation of Small Business awards in York. We then went on to receive the FSB Chairman’s award at the national finals in May. Finally winning the FBU Yorkshire family business of the year.

Allegro Optical has been featured in many national publications including The Times, 4BarsRest, The British Bandsman and Music Teacher Magazine.

If you are a musician who is struggling with their vision and making music no longer the enjoyable experience it once was, give us a call at either Greenfield on 01457 353100 or Meltham on 01484 907090.