Pancake day is upon us, bringing with it the first day of lent and it got me thinking. Isn’t it weird that we have a day devoted to stuffing our faces with pancakes? Then the very next day we give something up?! So of course, I had to look into this further. I wanted to find out why we shovel pancakes down us. Followed by 40 days of giving something up we’d much rather keep. See when you put it like that it does sound kind of mad. 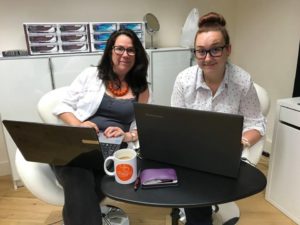 Pancake day also known as Shrove Tuesday is the day before Ash Wednesday, the beginning of Lent. On Shrove Tuesday we consume pancakes. The way this came about was for the sole reason of getting rid of fat, eggs and milk. Products which were seen as luxuries and would have then be given up for Lent.  Ash Wednesday marks the start of Lent and it lasts for 40 days. Shrove Tuesday came from the Roman Catholic practice of “shriven” where a bell was rung from the church. The bell, known as the pancake bell would call people to come to confess their sins and then conduct Shrovetide. By conducting Shrovetide they would prepare for lent by removing temptations from their homes.

Shrove Tuesday always falls 47 days before Easter Sunday. The date varies from year to year and falls between February 3rd and March 9th. Now, while looking into this day I found that the ingredients used to make pancakes are actually symbols of significance.  Eggs symbolise creation, flour is seen as the staff of life, salt represents wholesomeness and milk is seen as purity. I bet you didn’t realise pancakes were so important and significant. I certainly didn’t!

A bit of history

Lent is a fascinating religious season where it is commonly observed with ashes and fasting. In the early days of the Christian church, the length of lent and how it fell each year varied. However, by the 7th century, 4 days were added so it lasted 40 days to imitate the fast Jesus undertook in the desert. A practice in Rome involving grievous sinners began on the first day of Lent in the hope of absolving their sins. This eventually turned into taking part in a ritual known as Eucharist where bread and wine were consumed. During the ceremony, sinners wore sackcloth and were sprinkled with ashes. They were forced to remain apart from loved ones and other people until they were allowed back into their community on the Thursday before Easter, also known as Maundy Thursday.

By the 10th century, the placing of ashes on the heads of the entire congregation began to be observed instead. Today we still practice some of the  “shriven” rituals by giving up our own believed temptations, be they food, alcohol, cigarettes etc. The practices of Ash Wednesday, where the shape of a cross is drawn on the forehead and is a day of fasting and abstinence are still observed by many. Many faithful only eat one full meal and no meat is to be consumed.

How will you eat yours?

So, whether you can’t flipping wait (see what I did there) to stuff your face with pancakes. Or if you are psyching yourself up to giving up something you love, it’s Diet Coke for me this year (I am a little addicted). Why not send us a tweet at @AllegroOptical. Or follow us on Instagram @allegrooptical to see what we get up to as a team. Feel free to tag us in your post of pancake goodness or your lent struggles.