Love is the air; Valentine’s Day is here!

A day where we exchange flowers, chocolates, and gifts between our loved ones it hasn’t always been all about love. We believe that Valentine’s Day is named after a saint, but it has links to a barbaric ancient Roman ritual. However, it was the Victorian era that gave us Brits the custom of card-giving we know today. 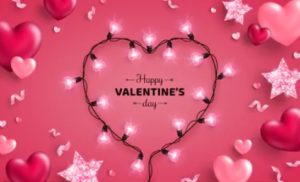 Valentine’s Day is originally believed to come from the saint named St Valentine, but who was he and how did he become associated with this day all about love? The Catholic Church actually recognises Saint Valentine, but I am going to tell you about my favorite legend. According to one legend, a priest was imprisoned for performing marriages for soldiers. This went against the wishes of Emperor Claudius, who felt single men made better soldiers than married men with families. Emperor Claudius outlawed marriage for young men, but Valentine feeling the injustice of the decree deified Claudius.  He continued performing marriages in secret. (way da go valentine) When his actions were uncovered by Emperor Claudius, he sentenced Valentine to death. Although all the legends surrounding St. Valentine are murky, they all show that he was a sympathetic, heroic and–most importantly–romantic figure. 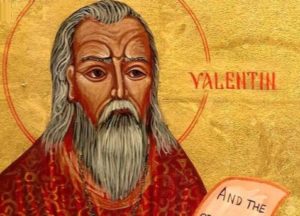 Some believe after Valentine’s death, (which occurred in February), the custom of the St Valentine’s feast began. This may be why Valentine’s Day came to be celebrated in February. Others believe it was the Christian church that may have decided to place St. Valentine’s feast day in the middle of February in an effort to “Christianise” the pagan celebration of Lupercalia. Lupercalia was a Roman festival held on the 15th of February each year. With rituals including animal sacrifice, random matchmaking and coupling in the hopes of warding off evil spirits and infertility. Unlike Valentine’s Day, Lupercalia celebrations were bloody, violent and sexually-charged! By the end of the 5th century, the Lupercalia was outlawed and Pope Gelasius declared February 14th St. Valentine’s Day. However, even then it wasn’t recognised as a day of love. It took many years before the day became associated with love. 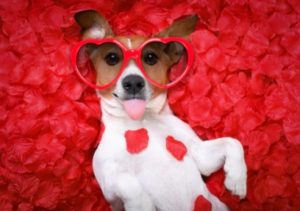 Valentine greetings and gifts began to become popular as far back as the middle ages,  although written Valentines did start appearing till the 15th century in the early 1400s. There is a poem that is still in existence today written by a Charles, Duke of Orleans. He wrote to his wife while imprisoned in the Tower of London, the poem can still be seen in the British Library. It is also believed that King Henry V hired writer John Lydgate to compose a valentine note to his Queen Catherine of Valois.

By the 18th Century though it was common among friends and lovers of all social classes to exchange handwritten notes and tokens of affection. In the 1900s printed cards began to replace handwritten notes as printing technology began to improve. It also meant that people could express their emotions in a time when it was frowned upon and discouraged. 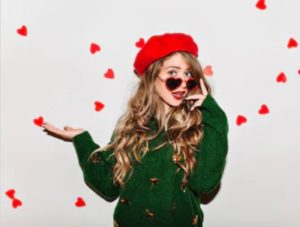 Show them you care

Jump forward to the 21st century and we show our love in many different ways, from romantic weekends, special gifts and welcome surprises. We have had quite a few loving husbands and partners buy their significant other an Allegro Optical gift voucher so that they can spend it on some gorgeous glasses or sunglasses of their choosing. If you want to give her (or him) the gift they’ve always wanted pop in or give us a call on Greenfield 01457 353100 or Meltham 01484 907090.