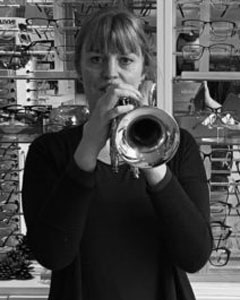 The month of January is Glaucoma Awareness Month, a time to raise awareness of the leading cause of irreversible blindness. We take Glaucoma very seriously at Allegro Optical since many of our staff members are wind instrumentalists.

Researchers have recently concluded that musicians who play high-resistance wind instruments may be more inclined to develop glaucoma. This is because blowing into high-resistance wind instruments causes the body to automatically perform a Valsalva manoeuvre in response to certain stimuli. Wind instrumentalists take a breath, but before they begin playing there is a momentary hesitation as their tongues rise up and lock in place, building up air pressure in their mouth. 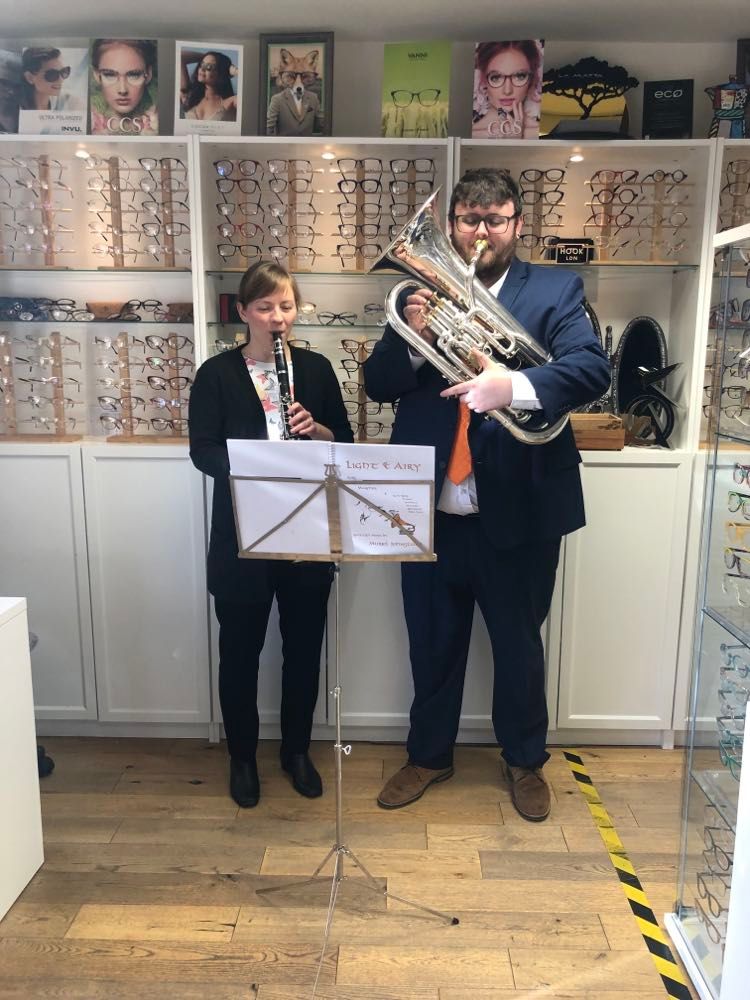 A small but significantly higher incidence of visual field loss (loss of peripheral vision) was observed among wind musicians who had high resistance.  According to JS Schuman, long-term intermittent elevations in IOP during the playing of high-resistance wind instruments, such as a trumpet, can result in glaucomatous damage that could be misdiagnosed as normal-tension glaucoma.

Soprano and Alto Saxophonists, French Horn players, Soprano Cornet players and Oboists experienced smaller increases in IOP. Once a musician stops blowing into the instrument, the IOP returns to normal. During playing instruments, these players may experience “transient” (in terms of hours) periods of increased eye pressure. Because it has not been studied, no one knows how common glaucoma is among high-resistance wind instrument players. A musician who has more than one risk factor is probably more susceptible to glaucoma. A short-sighted professional trumpet player with a family history of glaucoma, for example, would have an extremely high risk of developing glaucoma.

Who Is Susceptible To Glaucoma?

Glaucoma and its effects should be of concern to everyone. Some people are at greater risk of developing this disease because of certain conditions related to it. Among them are:

Glaucoma is not one disease. In reality, it is caused by various diseases that affect the eye. These diseases cause glaucoma by gradually deteriorating the cells of the optic nerve, which transmits visual impulses from the eye to the brain. The nature of glaucoma can be clarified by understanding how the eye works.

An eye is filled with a jelly-like substance referred to as vitreous. In the front of the eye, a small compartment, the anterior chamber, is filled with a watery fluid, the aqueous humor, which not only nourishes the cornea and lens but also provides the necessary pressure to maintain the eye’s shape. Intraocular pressure, or IOP, is the name given to this pressure.

A gland behind the iris produces aqueous humor, called the ciliary body. After nourishing both the cornea and lens, it drains through a thin, spongy tissue only one-fiftieth of an inch wide, called the trabecular meshwork. As this drain clogs, aqueous humor cannot leave the eye at the speed it is produced. Consequently, the fluid backs up and the pressure in the eye increases. 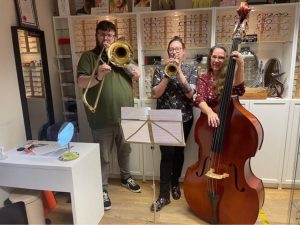 Damage caused in the eye by increased pressure

We all want to enjoy as long a music-making career as possible, we all know making music isn’t just a hobby, it’s a passion and a way of life. So protect your sight reading by looking after your eye health and your vision. If you can’t sight read the music on the stand you won’t be able to play it.

Protect your vision and extend your playing career by following a few simple tips. Here are some habits that can reduce the risk of glaucoma-related vision loss include:

Give your eyes a little TLC during Glaucoma Awareness Month? Call Allegro Optical in Greenfield or Meltham to schedule an appointment! The best way to maintain good eye health is to have regular eye exams at all ages!